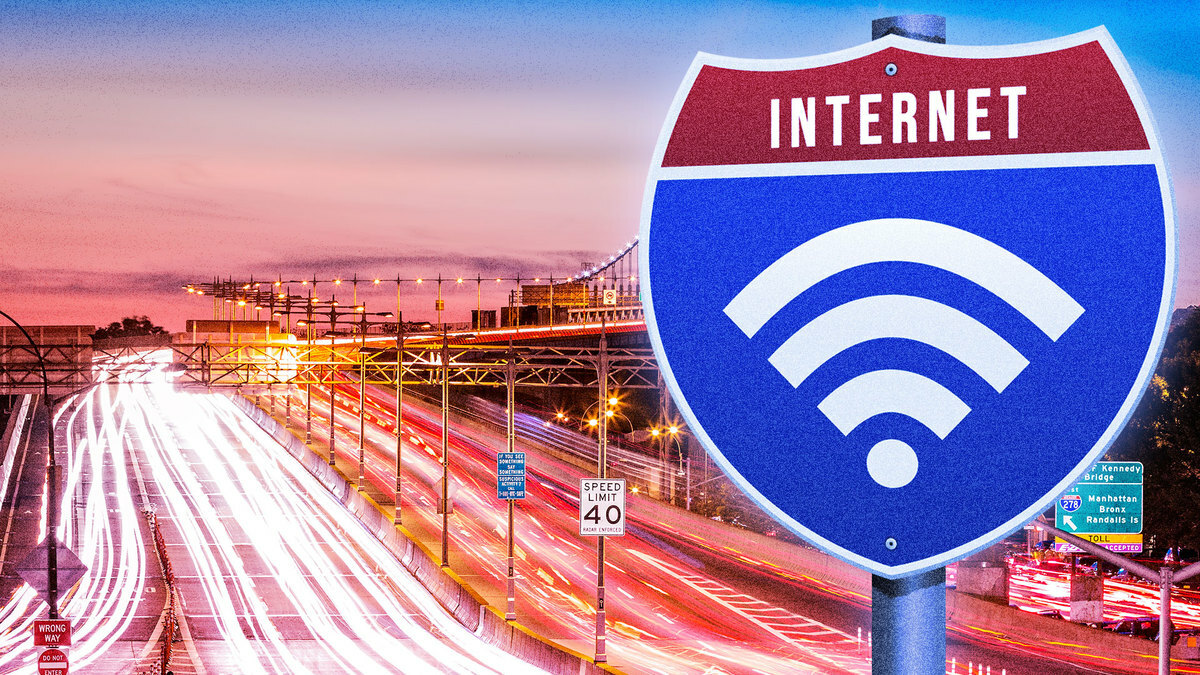 As part of the advanced International Baccalaureate (IB) program at Baltimore City College high school, teacher Franca Muller Paz submits Zoom recordings of her Spanish language students to evaluators. This year, due to the remote learning necessitated by the pandemic, there’s been a problem. Not with the students’ proficiency — but with their internet connections.

“Their internet would go out while they were presenting, so there are mistakes in their official IB presentations,” Muller Paz said. “It’s really tough for them to make sure that they can do the things that they need to do for these rigorous classes that’s being demanded of them, yet they don’t have the internet speeds that they need to make it happen.”

Many of her students are customers of Comcast’s Internet Essentials program. Internet Essentials is an internet subscription package for low-income families who qualify for government assistance, like food subsidies. It costs just $9.95 per month, but offered extremely slow internet speeds until recently. Comcast increased it after complaints at the start of the pandemic when schooling and working from home became the norm for many. Other internet service providers, like AT&T, offer similar programs, but Comcast has a near-monopoly on Baltimore’s internet access.

Internet Essentials has been in the spotlight recently because a group of Muller Paz’s students, called Students Organizing a Multicultural and Open Society (SOMOS), successfully lobbied Comcast to increase its speeds. Over the course of a nearly year-long campaign to improve speeds and access — in which the students said Comcast dismissed their concerns — Comcast agreed to an increase. Beginning this month, its Internet Essentials speeds will increase from a 25 megabits per second (mbps) download/3 mbps upload, which is the federal minimum standard for broadband internet, to 50 mbps download/5 mbps upload. Before the pandemic Internet Essentials got you just 15 mbps download/2 mbps upload, which was below the federal standard at the time. Internet Service Providers aren’t obligated to meet federal benchmarks, but the government uses those numbers to track who is and isn’t getting what it considers basic service.

“Despite Comcast swearing up and down that the service is adequate to meet people’s basic needs, it hasn’t been,” Zeke Cohen, a Baltimore councilman who has helped lead the fight for more bandwidth. “We see their doubling the speeds as an admission that their products have been substandard.”

The change also came after a former employee went public, saying he quit because he could no longer sell Internet Essentials in good conscience.

Comcast stands by the program and touts the increases and some of its other efforts as proof of its commitment to equitable internet access.

“Internet Essentials is the nation’s largest and most comprehensive broadband program, and since 2011, it has helped to change the lives of over 8 million people by providing families with Internet, regardless of their income or the zip code in which they live,” a Comcast spokesperson said via email. They added that Comcast plans to offer free WiFi in 1,000 community centers across the country. Comcast has rolled this program out in hundreds of communities across the country with 16 in Baltimore. The spokesperson didn’t say how fast the internet speeds are in the program.

Still, will doubling speeds for low-income customers as Comcast has be enough during the pandemic? Luke Deryckx, the chief technology officer of Ookla, which runs the internet quality testing site SpeedTest.net (owned by Mashable’s parent company Ziff Davis), described 25 mbps download/3 mbps upload as a “bare minimum.” However, it’s technically sufficient for a typical family’s needs — even while remote learning during the pandemic — because video conferencing does not use much bandwidth.

Yet Muller Paz said about a third of her students still have internet connectivity issues, causing them to regularly miss class or have trouble following lessons. Cohen said he has heard from constituents that there are frequent lags or delays in video conferences, and that students often have trouble signing in or staying signed in to Zoom classes or Google Classroom.

Where does the gulf between what is technically possible and what people are actually experiencing come from? Comcast wouldn’t comment on the specific complaints, but high download and upload speeds are a crucial part of a stable internet connection. Also known as bandwidth, it’s what allows data to travel into people’s homes. The new speeds of 50 mbps download/5 mbps upload are better than the bare minimum, but they’re still a “minimum service level,” Deryckx said. Plus, there’s more to consider.

“There are so many other factors that come into a quality internet experience, rather than just the download and upload speed. And this is where I’m, unfortunately, not at all surprised to hear that people were saying that, you know, even 50 by five is too slow, because you don’t always get the best-case-scenario experience.”

ISPs and regulators have historically focused on download speeds. However, changes in the way people use the internet mean there needs to be a greater emphasis on upload speeds. Factors that determine the quality of the experience include:

All of these problems appear to be plaguing the SOMOS students — and potentially students across the country. All together, this makes the problem of ensuring a stable internet connection for students who have the right to a quality, free public education, more difficult.

SOMOS students have further demanded Comcast increase download speeds for low-income customers to 100 mbps. Deryckx agrees that the national standard for download speed should be higher — as in up to 100 mbps. Under its new acting chairwoman, the FCC, the government body that gets to decide such standards, has indicated that it supports looking into raising the federal minimum. Comcast didn’t comment on whether bumping up speeds again for low-income customers would impact overall pricing structure.

If the FCC discusses increasing its standard for download speeds, it will be important to focus on upload speeds too. A few senators called for the federal standard to be set at 100 mbps upload and download in a letter to the Biden administration in early March.

One of SOMOS’ student leaders, 17-year-old high school senior Yashira Valenzuela-Morrillo, lives in an apartment with her mother in a predominantly Black neighborhood in Baltimore. Valenzuela-Morrillo’s mother subscribes to Comcast’s prepaid plan, which costs $40 per month (more than Internet Essentials), but delivers the same 50/5 bandwidth as of this month. Before March 9, it was 25/3. Recently, Valenzuela-Morrillo applied to a scholarship, which required her to upload a video of her singing, along with multiple other application materials. Her internet connection simply would not let her. It failed multiple attempts to submit the materials to Dropbox and Google Drive, leaving Valenzuela-Morrillo stressed and frantic. In the end, Valenzuela-Morrillo had to give the materials to a friend with faster internet, who uploaded it for her. She let the scholarship know that she was late to submit because of her internet connection, and hoped they would understand.

ISPs like Comcast can alleviate maddening experiences like this one by increasing their upload speeds. This seems like a no-brainer since another big problem will be harder to fix.

Physical infrastructure also determines the latency of a connection. Across the country, and in Baltimore, ISPs have woefully under-invested in infrastructure in Black and brown neighborhoods, rural areas, and most especially rural areas populated by people of color. That means that paying for a program like Internet Essentials might get you an internet connection, but one built on an outdated and/or inefficiently routed backbone.

“It sounds so childish when I say it’s not fair, but it’s not fair,” Marigold Lewi, a 15-year-old sophomore and SOMOS student activist said. “We’re paying for this stuff.” Lewi lives with her mother and seven siblings. They pay for unsubsidized Comcast internet access with higher download and upload speeds, but face some of the same problems as Internet Essentials customers.

Physical hardware in the home is another challenge that a low-income program like Internet Essentials does not guarantee. ISPs could provide quality equipment like routers and modems, and more education about how to optimize a congested WiFi connection. The Comcast spokesperson said the company provides digital literacy training and a modem and WiFi router to Internet Essentials customers. Still, it’s been widely reported that the router that comes with your internet service is often subpar no matter your ISP. These low-income programs also don’t come with the actual devices (laptops, tablets, cellphones) needed to get online. Internet Essentials customers can purchase refurbished laptop and desktop computers through a Comcast partner for a reduced cost, but Apple products aren’t available and as of this writing one out of the three options is sold out.

SOMOS ran a successful campaign getting the city to commit $3.2 million for student laptops. But Lewi said it was difficult to take advantage of the program; Lewi said her middle school-aged sisters were only able to get theirs because school officials knew the family and vice versa, so they got the inside scoop.

Another issue Lewi’s family faces, even on an unsubsidized plan, is data overages. Lewi, who is in charge of the family internet, gets a text message when her family is approaching their broadband data limit. If the family does end up going over, that overage gets transferred to the next month, which Lewi said results in slower speeds and charged feeds. Lewi said the family is perpetually living with their data debt each month, never allowing for the full connection they pay for.

SpaceX vs. Amazon: Where we’re at in the internet space race

The SOMOS campaign is a stunning example of the power of student activism. But students like Valenzuela-Morrillo and Lewi, and teachers like Muller Paz, can’t afford to rely on a corporation’s goodwill. The FCC is taking steps to subsidize internet access and devices, as well as initiating a new mapping project to understand the scope of the digital divide in this country.

In the meantime, SOMOS students are on the case.

“Somos will not stop fighting,” Valenzuela-Morrillo said. “We will continue to do so until we see some legitimate change in our city, and the entire country.”

Read more about the digital divide

UPDATE: March 17, 2021, 11:32 a.m. PDT This story has been updated with further information provided by a Comcast spokesperson. We’ve also corrected that Valenzuela-Morrillo’s plan is $40 per month for 50/5 bandwidth as of this month. Prior to March 9, the service was 25/3. 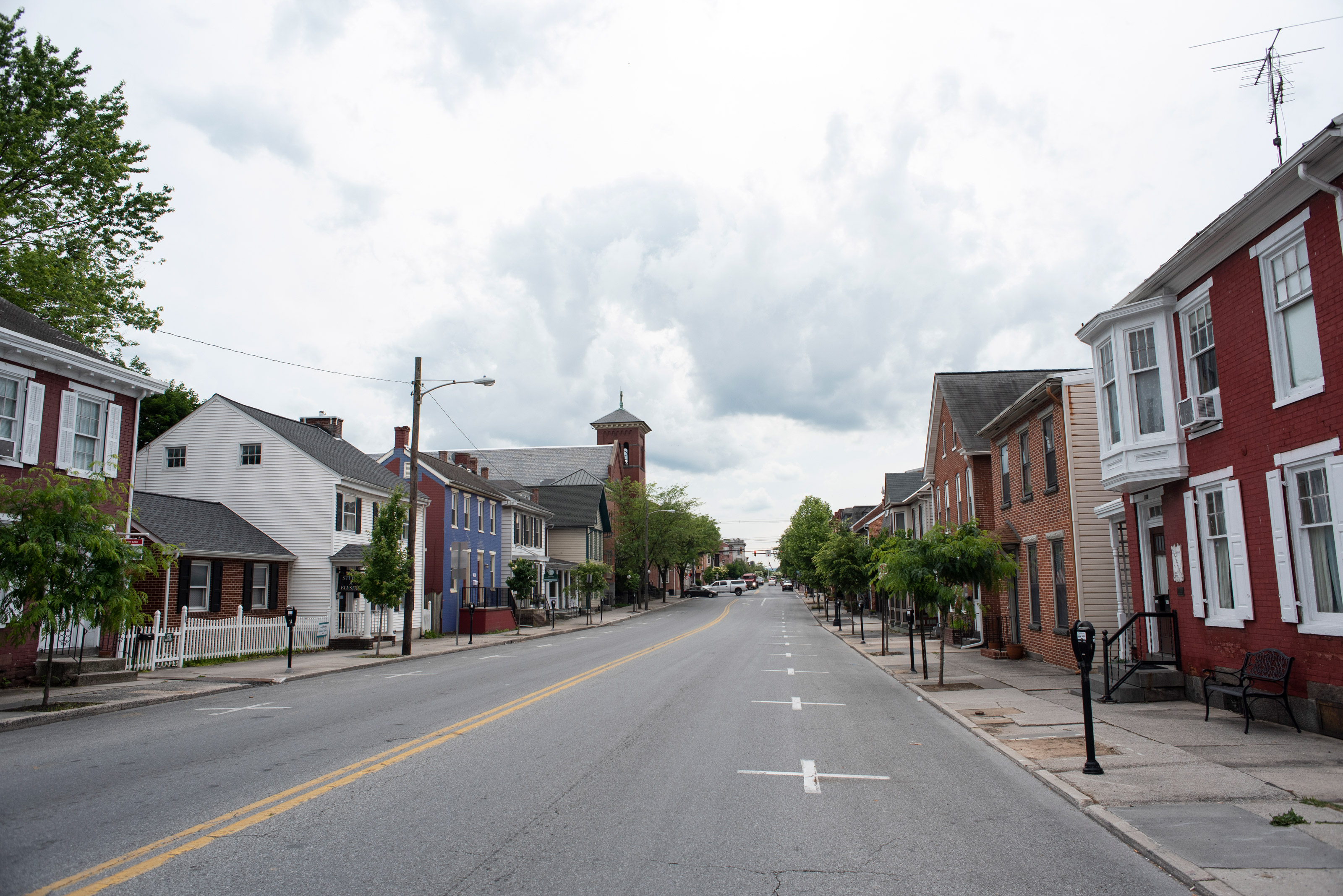 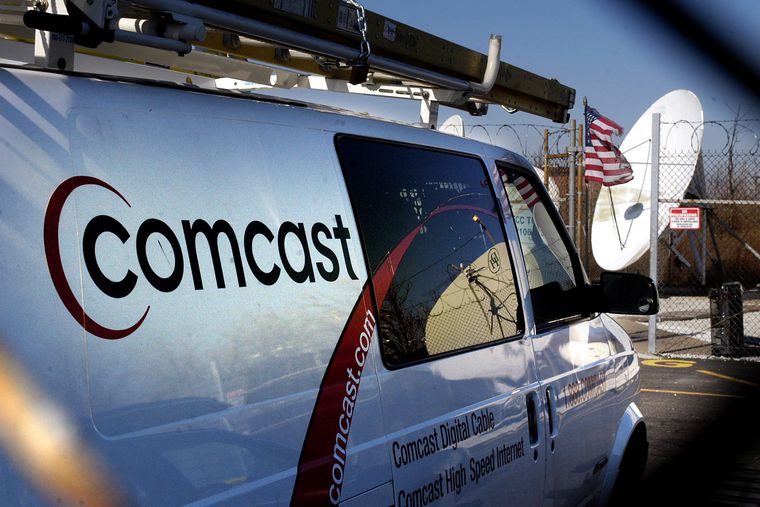