If your home internet options come down to Spectrum or Verizon Fios then 1), you probably live on the East Coast, and 2), your options are actually better than most. CNET Senior Editor Trey Paul gave both providers high marks for fast speeds, competitive pricing and favorable service terms when he reviewed them earlier this year — Spectrum received a 7.2 out of 10, while Verizon Fios scored a 7.6, higher than any of the dozen-plus providers we’ve reviewed to date. Both earned a place on our list of the best internet providers of the year, too.

Given the choice between the two, I’d have to go with Verizon Fios, and the reason largely comes down to technology. Spectrum uses a cable or cable-fiber hybrid network, while Verizon Fios utilizes a 100% fiber-optic network, which offers faster upload speeds and a more reliable connection. That said, Spectrum has its own unique advantages, such as low equipment costs, so the best provider for you depends on what exactly you’re looking for.

Read on for a full breakdown of both providers and how they compare in terms of availability, speeds and pricing, service terms and customer satisfaction.

What does that mean, exactly? Spectrum is the second-largest cable internet provider behind Comcast Xfinity, and its coverage map extends across 41 states in the US, even including Hawaii. However, as the orange in that map above shows, Spectrum coverage is fairly sporadic in most states, and centered around select cities and regions.

Meanwhile, Verizon is available in just eight states, but the provider does a good job of extending coverage throughout the area, thanks to a large fiber-optic network. According to the FCC, 64% of customers in the service area detailed in the map above (blue) are eligible for fiber-optic, or Verizon Fios, service. The remaining 36% are served by Verizon’s DSL network. (We won’t get into that here — but in short, if you have to choose between Spectrum or Verizon High Speed Internet, Verizon’s DSL service, go with Spectrum, which is faster, more reliable and a much better value.)

But enough about availability. If you’re comparing the two providers, you probably already have a good idea that they’re available in your area, so let’s get to the good stuff: plan pricing and speeds.

You’ll find speed tiers of 200 megabits per second, 400Mbps and gigabit service from both Spectrum and Verizon Fios, though pricing and upload speeds are a bit different between the two. Verizon Fios tends to be a little cheaper and plans come with symmetrical or near-symmetrical upload speeds, a significant advantage fiber-optic service has over cable internet.

Spectrum pricing on all plans increases by $25 after 12 months. Even before the price increase, Spectrum’s gigabit plan is priced higher than many providers, including Verizon Fios. The two lower tiers, Spectrum Internet and Internet Ultra, aren’t the cheapest internet plans on the market, either, but the low equipment cost helps to offset the higher pricing. In fact, after equipment costs, Spectrum’s promo rate for the 200Mbps plan is the same price as Verizon’s regular cost, and the 400Mbps plan is $5 cheaper than Verizon’s. Speaking of which, here are those plans.

Verizon doesn’t do promotional pricing, so your monthly rate won’t automatically go up after a year like it will with most internet providers. That’s not to say that Verizon won’t ever change its prices, but a company spokesperson tells CNET that customers will be informed well in advance if new rates are ever in the works.

I wouldn’t be too concerned about the risk of a price increase, however. Verizon has a stellar customer satisfaction track record, which indicates that things like steep, arbitrary price hikes are uncommon. Even if Verizon does decide to raise prices, it’s likely that those prices will still be lower than Spectrum’s pricing on comparable plans after 12 months.

Fios is faster in the Big Apple

In the New York City metro area, Fios offers speeds of 300Mbps and 500Mbps in place of its 200Mbps and 400Mbps plans, at no extra cost. This makes Verizon Fios especially enticing for those in the New York area, especially those in Queens, Manhattan, Staten Island and the northern part of the Bronx where Verizon and Spectrum share service areas.

Equipment fees and service terms are a toss up

Spectrum internet comes with a modem at no extra cost, and the router rental fee is only $5 per month (free with Spectrum Gig), the lowest you’ll find from virtually any provider. If you have your own compatible equipment, you can skip the equipment fee altogether.

With Verizon, the equipment rental fee is $15 per month. You can skip that fee by using your own router, or you can purchase Verizon’s router for a one time fee of $300, which will pay off after 20 months of service. The easiest way to skirt the equipment fee is to sign up for Gigabit service, which includes your equipment along with some other promotional perks at no extra cost.

No data caps, no contracts, no installation fees (probably)

Neither provider enforces data caps, and neither requires you to sign a service contract in order to get the lowest pricing. Plenty of providers, including Cox, Mediacom and Xfinity, will impose both and charge excessive fees for going over your data cap or breaking your contract early, so it’s nice to know you don’t have to worry about either of those headaches with Spectrum or Verizon.

Organizations like the American Customer Satisfaction Index and J.D. Power that track customer satisfaction have consistently ranked Verizon Fios at the top. Though Verizon’s ACSI score dipped slightly year-over-year from 2020 to 2021, the company still tied AT&T for the top spot with a score of 71 out of 100. J.D. Power also placed Verizon Fios at the top in the East region with a score of 769 of 1,000.

Spectrum did not perform as well with the ACSI or J.D. Power, but I wouldn’t say its customer satisfaction scores are particularly bad, either. Spectrum received a consistent ACSI score of 63 out of 100 in both 2020 and 2021, which is lower than Verizon Fios and slightly below the industry average. J.D. Power also puts Spectrum in the middle-to-bottom of the pack with a 696 of 1,000, lower than rival cable providers Xfinity and Cox, and lower than the regional average.

Take a look at Downdector.com and you’ll see what I mean. Spectrum has reported issues every day for the past 30 days and beyond, with “Internet” or “Total blackout” making up 94% of outage reports. Verizon also has a high number of outage reports, but only 27% are due to landline internet issues; the remaining outage reports are related to Verizon’s mobile services.

Spectrum and Verizon Fios have similar speed tiers and service terms, but Verizon Fios will likely be the cheaper, faster (in terms of upload speeds) and more reliable option. There are some cases where Spectrum could be marginally less expensive, at least for the first 12 months and only if you factor in equipment costs, but overall, Verizon Fios will deliver the better value. That said, both providers are excellent choices for home internet service, so consider yourself broadband blessed if you have an option between the two. 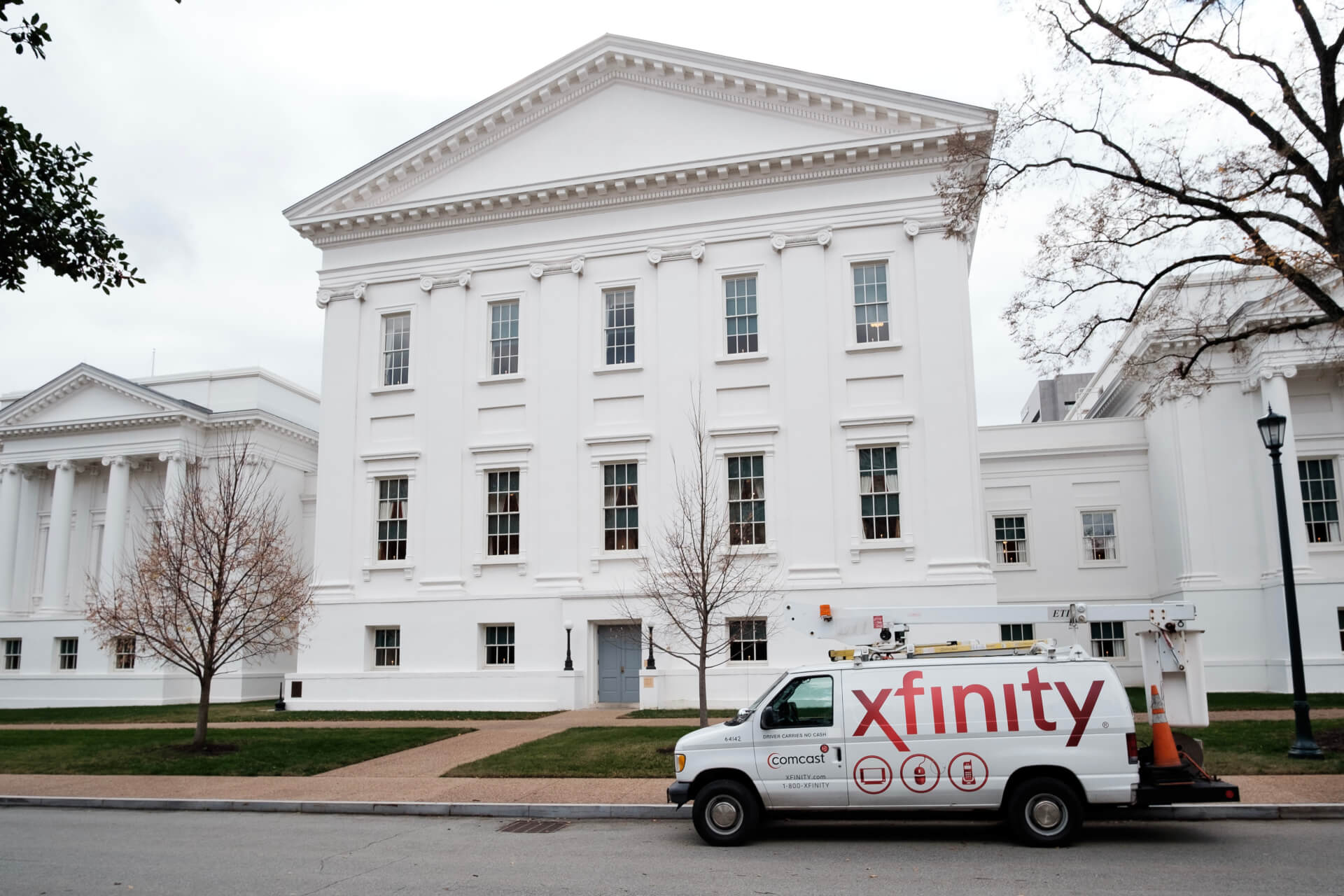